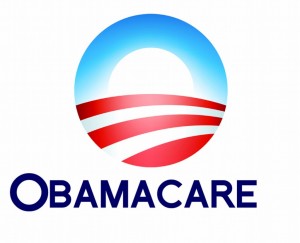 • The official name for “ObamaCare” is the Patient Protection and Affordable Care Act (PPACA). It is

• The Affordable Care Act was si

gned into law to reform the health care industry by President Barack Obama on March 23, 2010 and upheld by the supreme court on On June 28, 2012.

• What is ObamaCare? ObamaCare’s goal is to give more Americans access to affordable, quality health insurance, and to reduce the growth in health care spending in the U.S.

• The fact is ObamaCare does not replace private insurance, Medicare, or Medicaid.

• ObamaCare doesn’t regulate your health care, it regulates health insurance and some of the worst practices of the for-profit health care industry.

• ObamaCare offers a number of new benefits, rights and protections including provisions that let young adults stay on their plan until 26, stop insurance companies from dropping you when you are sick or if you make an honest mistake on your application, prevent against gender discrimination, stop insurance companies from making unjustified rate hikes, do away with life-time and annual limits, give you the right to a rapid appeal of insurance company decisions, expand coverage to tens of millions, subsidize health insurance costs, require all insurers to cover people with pre-existing conditions, among other things.

Find Out What the Affordable Care Act Means for You:

• Ten essential health benefits including emergency care, hospitalization, prescription drugs, maternity, and newborn care must be included on all non-grandfathered plans with no annual or lifetime dollar limits.

• Free preventive services including yearly check-ups, immunizations, counseling, and screenings must be included on all non-grandfathered plans at no out-of-pocket costs.

• Many of ObamaCare’s numerous provisions have already been enacted. The rest of the program continues to roll out until 2022. See our Affordable Care Act timeline for more information.

• Over 100 million Americans have already benefited from the new health care law. This includes more than 105 million people who accessed critical preventive services for free that had previously been subject to out-of-pocket costs, billions of dollars saved for seniors from the gradual closing of the Medicare Part D “Donut Hole”, billions saved from new accountability measures for insurance companies, and much more.

• The Affordable Care Act also includes new taxes. Most new taxes are on high-earners, large businesses, and the healthcare industry. However, there are some tax related provisions every American should be aware of: tax credits to subsidize costs for low-to-middle income Americans and small businesses starting 2014, an employer mandate for large employers to provide health insurance to full-time employees by 2016, an individual mandate for individuals and families obtain health insurance by 2014, and lastly new limits to medical deductions.

• In exchange for the new rights and protections most Americans must obtain health coverage by 2014, get an exemption, or pay a per-month fee. Learn more about the ObamaCare individual mandate.

• ObamaCare’s official health insurance marketplace is healthcare.gov. However, many states set up their own marketplace. Find your states marketplace here.

• Open enrollment is the only time you can apply for cost assistance or change plans without qualifying for special enrollment.  The amount of insurers offering plans through the marketplaces has increased by 25% this year.  Make sure to compare plans during open enrollment 2015, even if you already have a qualified health plan.